All Collections
Reporting and Tracking
Understanding the Menu Comparison Report

Written by Joey Rausch
Updated over a week ago

It will also show you the potential income you could have earned if you used the Menu for all deals. Statistically, when you utilize the Menu, your dealership is able to sell more products because they are presented in an easy to understand format.

First, you will need to run the Menu Comparison report. The 2nd page of the report will show you statistics for the entire dealership. The subsequent pages will showcase the statistics broken down by the parameters chosen in the settings of the report. 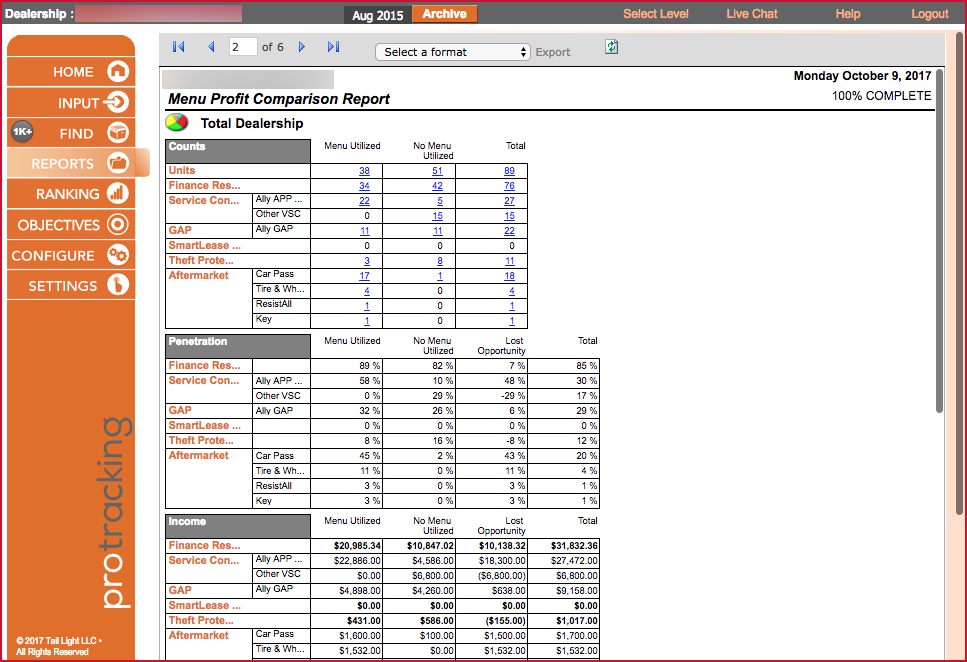 NOTE: For the deals to be recognized in this report, the stock number and/or the deal number must match in both Menu and Reporting.

There are four columns of data included in the report:

Did this answer your question?